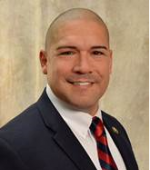 Sheriff Regalado was sworn in as Sheriff of Tulsa County on April 11, 2016, after winning the Special Election.  He was re-elected during the General election and was again sworn into office in January of 2017.

Sheriff Regalado is responsible for maintaining Law and Order within the borders of Tulsa County and commands a full service Law Enforcement agency with over 600 personnel that includes detention, court services, and operations divisions.

Sheriff Regalado is honored to be a Board Member for Tulsa CASA, the Martin Luther King Commemoration Society as well as the Resonance Group. 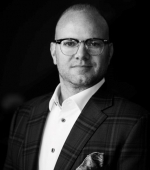 Bryan Smith was born and raised in Tulsa, Oklahoma and is the owner of several businesses and one of the nation's top producing insurance agencies, Smith Insurance and Financial Services. Bryan also sits on many boards, is involved in several non-profit endeavors and serves in many capacities at places such as the Cystic Fibrosis Foundation of Tulsa, Soldiers Wish, Family and Children’s Services, and the American Cancer Society just to name a few.  Bryan is also an award-winning entrepreneur and an Amazon Best Selling Author.  Bryan likes to spend time with his three kids, Legend, Maverick and Sophia.

Despite being a busy business owner, mentor, author, philanthropist, and family man, Bryan is the type of person that embraces all endeavors with intelligence, compassion, and innovation, all while being committed to making the community a better place. Bryan has won the respect of community members, customers, vendors, friends, and politicians, but most importantly; he is highly respected and admired by fellow leaders by exemplifying the true significance of goal setting and never giving up on your dreams.   Bryan received his Bachelors of Science degree from Saint Gregory’s University. 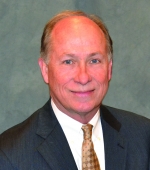 Ron Cunningham is the Executive Vice President, Power Delivery and Technology, with Western Farmers Electric Cooperative and has worked for WFEC for more than 44 years beginning his employment in 1974.

A graduate of Gracemont High School, Cunningham earned a Bachelor of Science degree from Southwestern Oklahoma State University and a Master of Arts degree from the University of Oklahoma. He is also a Leadership Oklahoma, Class XIV graduate and past president of the National Generation & Transmission (G&T) Accounting and Finance Association. Ron has served on numerous boards and committees including President and member of the Anadarko Board of Education. 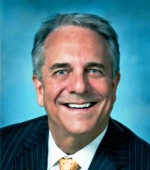 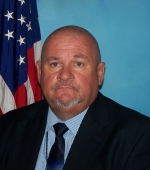 Chief Prentice is a native Oklahoman having been born and raised in Okmulgee. He moved out of state for a year early in life and quickly realized that Oklahoma is home and where he belonged. He is honored to serve the citizens of his home state. 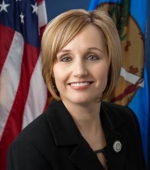 After graduation in 1993 from Oklahoma State University with a B.S. in Journalism and Broadcasting, she obtained her J.D. with Distinction from the University of Oklahoma in 1997.  After graduation from law school, Angela began her career as an Assistant District Attorney in the Juvenile Division of the Oklahoma County District Attorney’s Office (Seventh District).  After only a year, she was assigned to the Criminal Division, initially prosecuting general felonies and later transferring to the Domestic Violence and Special Victim’s Units.  In 2007 Marsee became an Assistant District Attorney in the Second District when she moved home to Weatherford.  DA Marsee has extensive jury trial experience, primarily homicides and other violent felonies, including crimes against women and children.

Angela’s accomplishments include being the 2012 recipient of the Julia Levy Youth Advocate Award. In 2014 Angela garnered three additional outstanding awards:   the “Distinguished Service Award for Excellence in Service to Victims and Survivors of Violence Against Women,” and the “Award for Excellence in Action Against Domestic Violence,” and the “Mitch Sperry Award” for Outstanding Prosecutor of the Year.  Additionally, in 2014 she was selected for The Journal Record’s “Fifty Making a Difference.”  She is also a graduate of the 2009 class of Leadership Weatherford and a 2014 graduate of Leadership Oklahoma (Class 27). 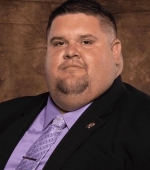 Sheriff Turner is involved in many civic groups as well as being a former Association of Oklahoma Narcotics Enforcers Board member and current Oklahoma Sheriff’s Association Board Member.  Sheriff Turner currently serves on the Justice Assistance Grant (JAG) Board, CLEET curriculum review board, along with multiple local boards.

Sheriff Turner has received many awards over his career from the OSA Lifesaving Award to the OSA Medal of Valor. Sheriff Turner was selected as the 2016 Oklahoma District Attorney’s Investigator of the Year, 2019 AONE Narcotics Agent of the Year, and the 2021 OSA Sheriff of the Year.