Early 1920's - The discovery of oil led to prosperity and violence in many "boom towns" across Oklahoma. Robbery and hijacking were common, liquor joints operated openly in spite of prohibition, and gambling and prostitution went unchecked. The citizens of one town, in particular, Cromwell, appealed to Governor M.E. Trapp and former deputy marshal Bill Tilghman for help. They wrote: "I'm afraid the sheriff and county attorney will not back us up...we also have a few hijackers here, and we want to change their place of residence." Tilghman, at 72 years old, accepted the challenge. 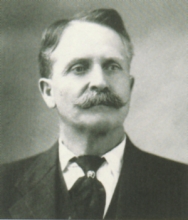 1923 - Al Spencer, outlaw and notorious bank robber, is killed after firing at a posse headed by U.S. Marshal Alvie McDonald. Luther Bishop, "undercover man for the State of Oklahoma," is credited with being the officer who killed Spencer.

1924 - Once in Cromwell, Tilghman soon became suspicious that local federal prohibition enforcement officer, Wiley Lynn, was taking payoffs from the bootleggers instead of arresting them. On November 1, 1924, a drunken Wiley Lynn drove into town and began shooting into the air. Tilghman grabbed Lynn and took his gun. Lynn drew a second gun from under his coat and fired twice, at point-blank range, into Tilghman's chest. Lynn fled Cromwell, followed by most of his criminal associates, who were afraid of what might happen to them as a result of the famous lawman's murder.

1925 - Tilghman's murder highlights certain problem areas for lawmen at the time - little coordination between agencies, communication difficulties between officers, and lack of a state entity which possessed statewide jurisdiction. As a result of these concerns, Governor Trapp, in his message to the Tenth Oklahoma legislature, recommends the creation of a statewide law enforcement agency. On March 28, 1925, the State Bureau of Criminal Identification and Investigation is formed.

1925 - J.G. Duncan, former superintendent for the Oklahoma State Penitentiary in McAlester, is appointed as the Bureau's first Superintendent. He leads the agency, which is staffed with three agents, one of whom is Luther Bishop.

1926 - Agent Bishop is described by a federal agent as having "been successful in putting in the penitentiary more bank robbers and other outlaws than any other man in this state." Bishop is also given credit for helping solve the "Reign of Terror of the Osage Hills" murder case in which Osage Indians were murdered for their oil money. In order to solve the case, Bishop "borrowed" convicted bank robber Blackie Thompson from the state penitentiary to use as an informant - an innovative technique for the times. 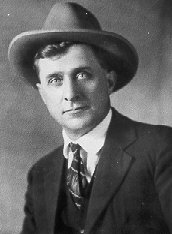 1926 - Luther Bishop is murdered by an unknown assassin. The operative of the State Bureau was riddled with bullets as he slept.

1926 - Mrs. Edith Bishop, the widow of Luther Bishop, is arrested for his murder. She is acquitted of the crime after a jury trial. The Bishop murder case is never solved.